The Meekatharra Rangelands Biosecurity Association (MRBA) is a Recognised Biosecurity Group established under the WA Biosecurity and Agriculture Management Act 2007.

The vision of the MRBA is “To provide leadership and implement programs to support and promote regional communities and a viable livestock industry in the Southern Rangelands".

The MRBA’s goal is to “To encourage and assist landholder in the control of declared pests using best practise procedures with the aim of ensuring biodiversity and the viability of livestock production".

The MRBA has played a leadership role in the establishment of the Murchison Region Vermin Cell to enable the return of the sheep and goat industry.

ABOUT US
The Meekatharra Rangelands Biosecurity Association Inc (MRBA) is an industry body with a membership of all pastoralists in the Shires of Yalgoo, Mount Magnet, Cue, and Meekatharra. There are also a small number of pastoral properties in the northern sections of Mount Marshall and Perenjori Shires that are members of the MRBA. The Association has been established under the Biosecurity and Agricultural Management Act 2007 with a charter to manage and control declared pests, both animal and plant.
The MRBA is an incorporated body set up in accordance with the requirements of the Associations Incorporation Act 2015.  The constitution of the MRBA provides for a Management Committee, of up to eleven members, with responsibility for overseeing the operation of the Association.
MRBA operations are funded from annual declared pest rates paid by pastoralists which are matched by the State Government and also one off grants from State and Federal NRM programs, Royalties for Regions and other sources.
The MRBA area covers approximately 184,000 square kilometres and incorporates 93 pastoral properties. Of these 93 pastoral properties, there is a mix of tenure ranging from pastoral lease, to mining leases, unallocated crown land (UCL), national reserve and indigenous managed pastoral leases. 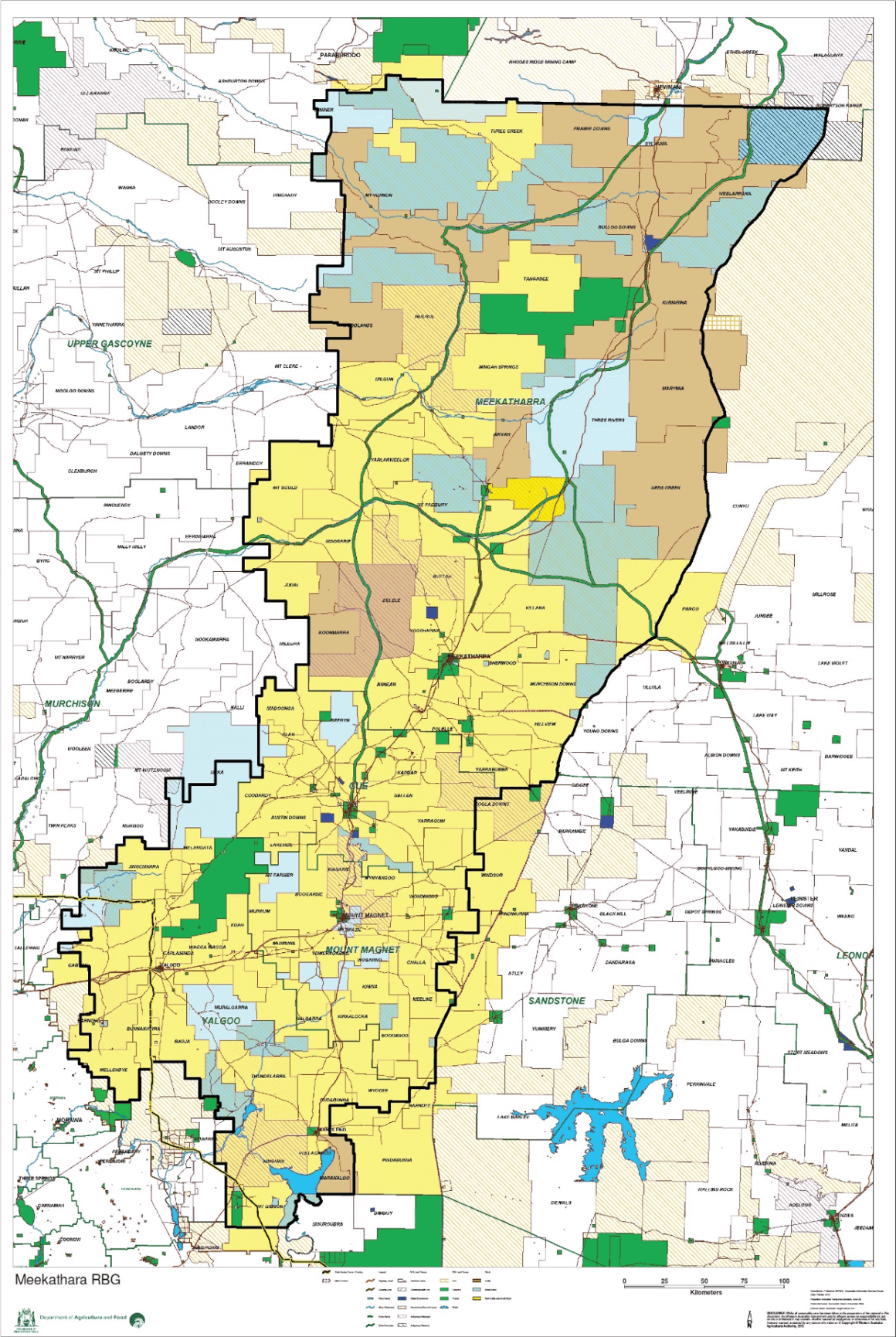 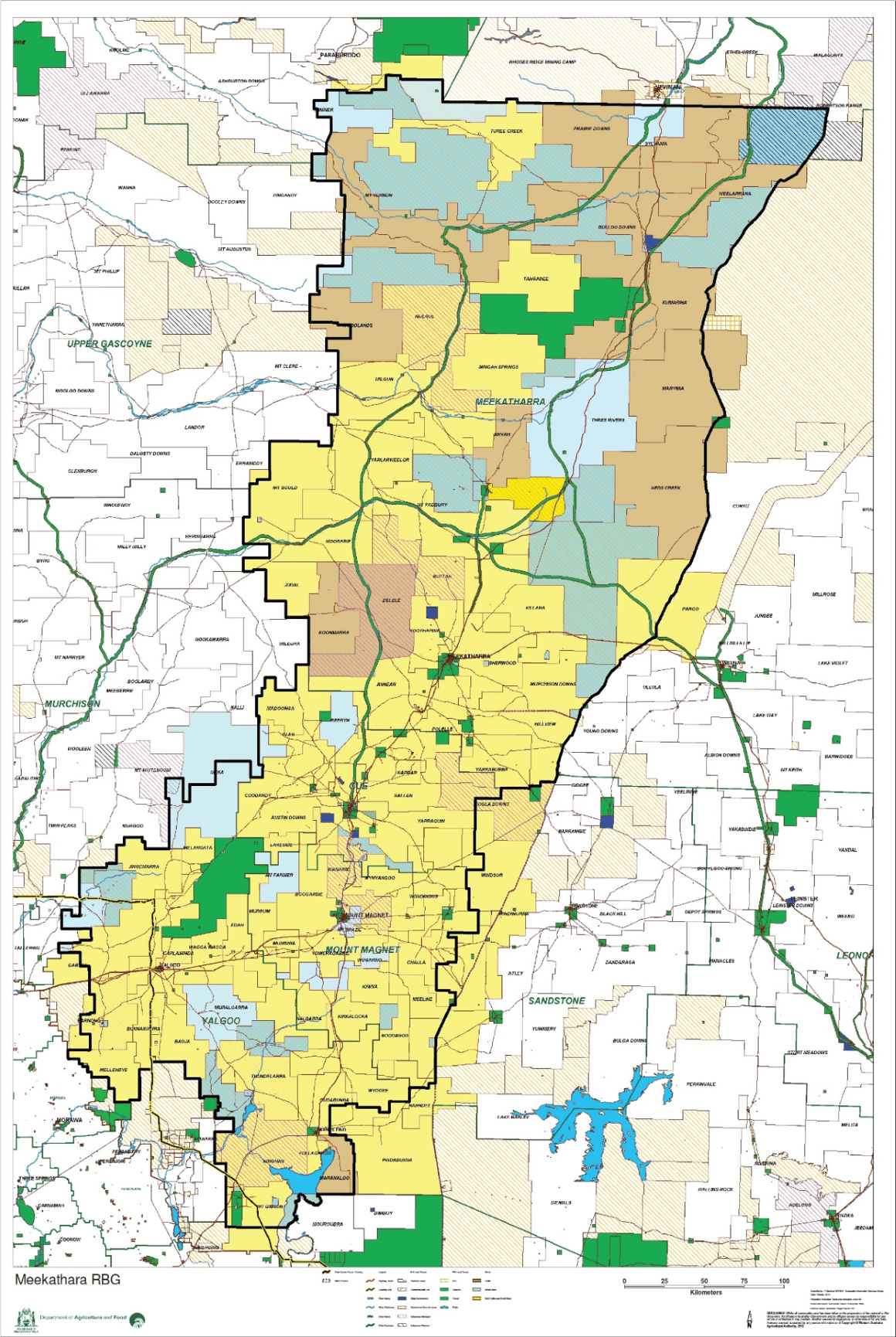